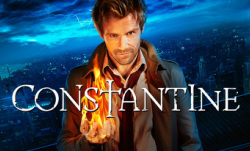 "Based on the wildly popular comic book series Hellblazer from DC Comics, seasoned demon hunter and master of the occult John Constantine (Matt Ryan, "Criminal Minds") is armed with a ferocious knowledge of the dark arts and a wickedly naughty wit. He fights the good fight — or at least he did. With his soul already damned to hell, he's decided to abandon his campaign against evil until a series of events thrusts him back into the fray, and he'll do whatever it takes to protect the innocent. With the balance of good and evil on the line‎, Constantine will use his skills to travel the country, find the supernatural terrors that threaten our world and send them back where they belong. After that, who knows... maybe there's hope for him and his soul after all." — NBC.com/Constantine

"Gotham is an origin story of the great DC Comics Super-Villains and vigilantes, revealing an entirely new chapter that has never been told. From executive producer/writer Bruno Heller (“The Mentalist,” “Rome”), Gotham follows one cop's rise through a dangerously corrupt city teetering between good and evil, and chronicles the birth of one of the most popular super heroes of our time." — FOX.com/Gotham 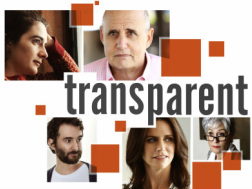 "Created by Jill Soloway (Six Feet Under, United States of Tara). An LA family with serious boundary issues have their past and future unravel when a dramatic admission causes everyone's secrets to spill out." — Amazon.com/Transparent

"From writer and executive producer Glen Morgan (The X-Files), Intruders is about a secret society devoted to chasing immortality by seeking refuge in the bodies of others. A contemporary, chilling, paranormal tale set in the moody Pacific Northwest, the eight part series spins a fascinating and complex web of drama. As strange, apparently unrelated events start happening, multiple story-lines — a missing wife, an assassin covering his crimes, a child on the run — begin to intertwine to reveal a conspiracy that will forever change our understanding of human nature." — BBCAmerica.com/Intruders
Powered by